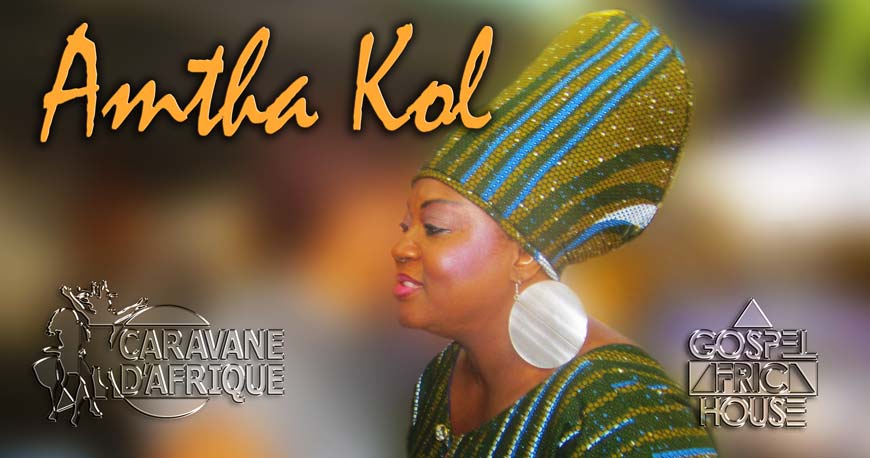 Each year, Amtha Kol invites some of the top artists onboard her Caravane d’Afrique.

Amtha Kol is Mrs. Amina Kolani-Johnson’s stage name. She is the mainspring of Caravane d’Afrique, initiated by her, back in 2011.

Each year, Amtha Kol invites some of the top artists onboard her Caravane d’Afrique.

Amtha Kol is Mrs. Amina Kolani-Johnson’s stage name. She is the mainspring of Caravane d’Afrique, initiated by her, back in 2011.

The singer-songwriter and live show management-consultant Amtha Kol is responsible for the Gospel Africa House, which is a cultural institution established since 2009 in Champvoux. This is located in the French territorial division of Nièvre (Burgundy administrative region.)

Amtha Kol was born in Lome (Togo) where she grew up. She has been singing on stage since she was in third form of secondary school (US ninth grade.) Her first album, entitled "Sos Piracy," whose landmark title Shekelo-Shekelo (Gossip) was a great audience success, attracted public attention when Amtha Kol was in lower sixth form (US eleventh grade.)

Cradled by a mother who sang all day long

Music has always played a pivotal role in the life of this exceptional artist and happy mother of three. Amtha Kol, is the beloved daughter of a Togolese father and a Ghanaian mother who “used to sing all day long.”

From Afro-jazz to gospel music, through West African High-life

Amtha Kol’s work is based on a musical cross-fertilization ranging from Afro-Jazz to Gospel songs, through West African Highlife tunes.

She came under international spotlights as EMI Pathé Marconi Records Company focused on her after she won the Togo state Radio and TV “Grand Prix.”

She recorded 2 albums entitled Sos Piracy(also known as Shekelo-Shekelo) and Djole and she met Manager Ismaël Diaby, among others, on TV shows in the Ivory Coast.

Benevolent smile and nerves of steel

Without ever losing her benevolent smile, the Togolese way, this artist is a woman of character with nerves of steel. Very attached to her homeland, Amtha Kol already has an impressive track record.

She pleasantly surprises musicians at the rehearsal when she gracefully moves to the piano, as she beautifully controls this instrument after eight years of vocal and instrumental study at the Music Academy.

Upon her arrival in the Nièvre territorial division, where she resides as much for family as for professional reasons, Amtha Kol registered at the Music Academy of Nevers for in-depth vocal and piano instrumental courses.

She is also specializing in music therapy, that is to say, an approach that is based on the supposed music and sound specific properties as media to help restore, maintain or improve social, mental and physical abilities of a person or group of people.

Amtha Kol also studied German and trained in Nantes in management with specialization in arts and live performances. Amtha is furthermore multilingual.

This comes particularly handy in her writing and compositing of songs as she speaks, in addition to German, English, French and several important African languages ​​including Moba, Ashanti, Ewe, Guen-Mina, or her Hausa native tongue, one of Africa's most widely spoken languages across the continent with over 50 million speakers estimated through Nigeria, Benin, Burkina Faso, Cameroon, Central African Republic, Chad, Congo, Eritrea, Ghana, Niger, Sudan, and Togo of course, among other countries.

After 8 years of study at the Music Academy, Amtha Kol returned back for two more years in order to fully validate her artistic and musical career, with an important exam she will be sitting for in singing and piano, at the end of the 2013/14 academic year.

Awakening events and meetings for an increased cultural visibility

Amtha Kol, is attached to her homeland and continent but is happy to meet and share her passion with other artists and the audience. She has been regularly organizing Caravane d’Afrique festival on a yearly basis. This could be described as a series of awakening cultural events and meetings to give an increased visibility to African cultures through the promotion of various exchanges.

Quality concerts and live shows, among others

Caravane d'Afrique is an itinerant concept which is in its fourth edition in June 2014 The event features indoor concerts and events through various cities and towns. Each year, Amtha Kol invites various artists to get onboard Caravane d’Afrique and share a friendly stage with her. There was thus far, in the program of previous editions, such artists as Stan Tohon, or the choreographer Fôô Fanick Dr. Drum.

4th edition with the exceptional participation of Manu Dibango

Among the artists on the concert programme of the 4th edition of Caravane d’Afrique, scheduled for the 7th June, 2014 we are delighted to announce the exceptional participation of Manu Dibango.

Amtha Kol also hosts a music cultural programme entitled « Caravane d’Afrique » on RCF, a well-known radio broadcasting from the French territorial division of Nièvre, where she regularly invites various artists and offers her audience a valuable opportunity to discover and meet with African music and cultures. 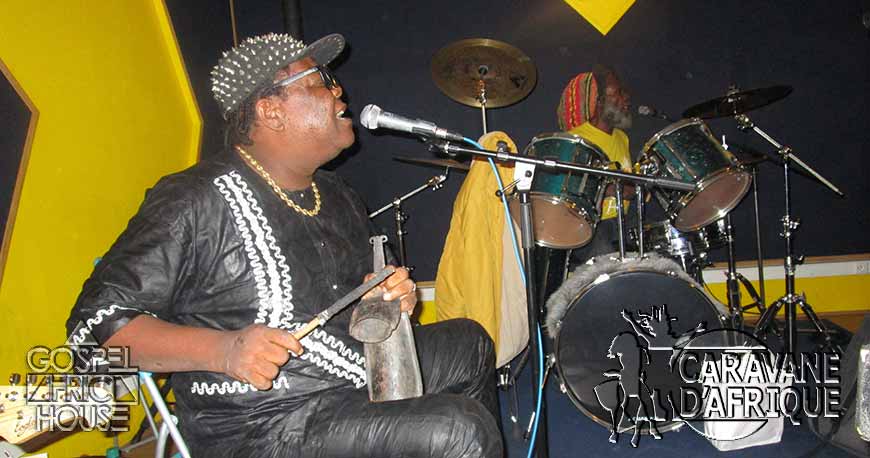